With Dead Heat Namco has taken creative inspiration from a long line of successful complex video racing arcade games to develop this muscle-bound street driving game suitable for players of all abilities!

As the name suggests, head-to-head races are always closely fought battles, with adrenaline-soaked final stages building up to a Dead Heat climax.

A socially accelerating driving game at which any player can excel at every level. 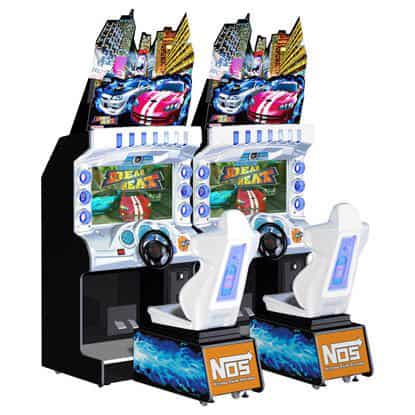