The latest game in the Sega Rally series. Sega Rally 3 runs on the new Europa-R board, which allows the game to run at 60 frames per second. The twin cabinet has two 32 inch LCD screens, and up to three twin cabinets can be linked for versus play.

There are 3 different game modes. Championship Mode is a single player mode where you race against the CPU. You advance through the stages, and if you come first overall, you unlock a head to head race on the secret Lakeside track.

Quick Race is for 1-6 players, with players able to race against one another on three different tracks - Tropical, Canyon and Alpine. The third game mode is Classic, where you can race on the Desert 95 course, which has been remodeled in High Definition. 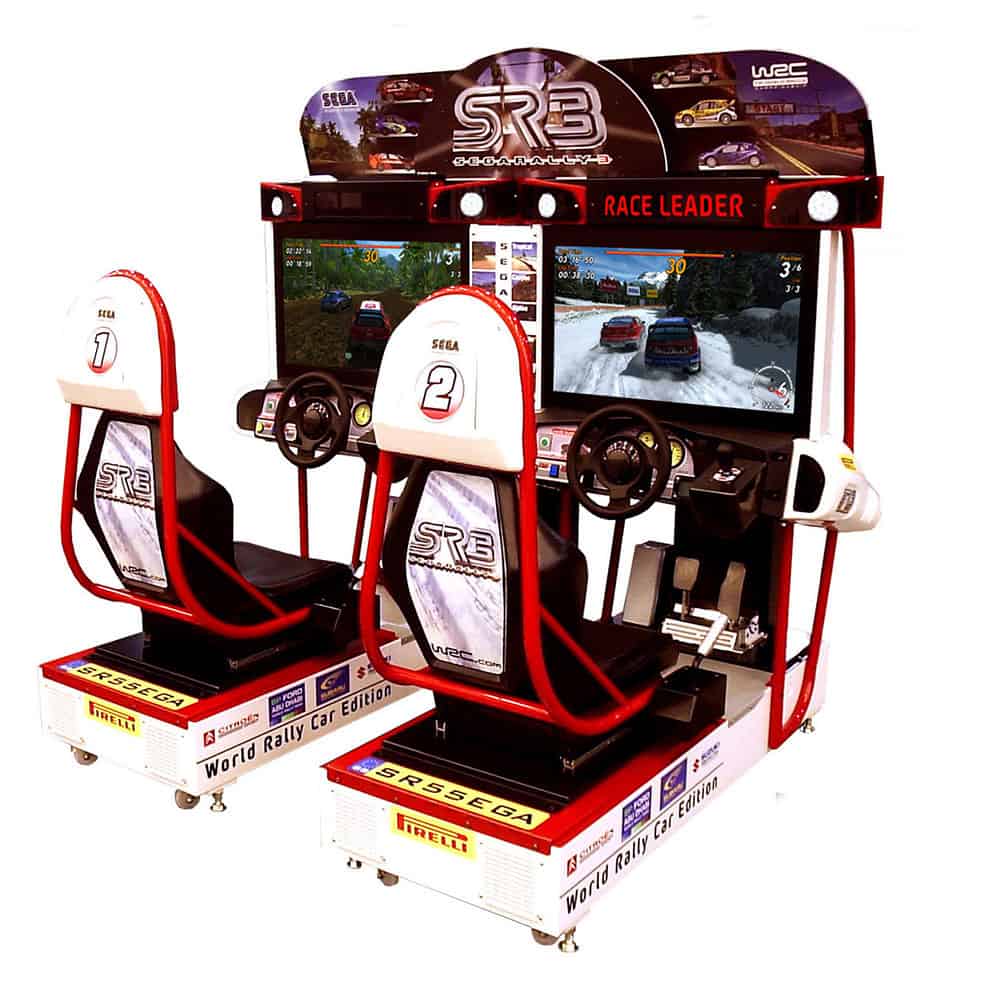